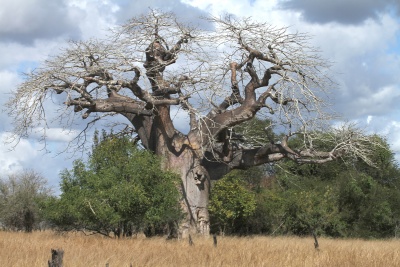 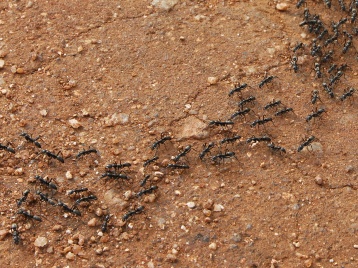 Gorongosa National Park [1] in Mozambique is in the process of restoring animals to this wonderful habitat and is creating a biodiversity inventory of the fauna and flora within the park boundary. The ants are being inventoried as a special project.

This page supports the study of the ant diversity of Gorongosa National Park, Mozambique. Even though the richness of the ant fauna has not been fully examined, so far we have posted records of 52 genera and 209 species. This page will include notes on biology and distribution. Illustrated keys to species will be presented using a combination of identification tools.

This species nests in the ground in open areas. There is a modest crater surrounding the nest opening. Workers are polymorphic. They are very fast moving ants active during the day

Only a single species of Melissotarsus has been found in Mozambique. This species was found in a small secondary forest patch a few kilometers east of Chitengo. This species can be identified by the abrupt anterior edge of the pronotum in dorsal and lateral view. Many workers and several queens nest under the bark of a a tree tunneling their galleries in live wood, close to the surface. They tend armoured scale insects and only depart from their nest for mating flights.

This species has been found on Gorongosa Mountain within the park at about 800 meters elevation.

This species has been found frequently at lower elevations surrounding Chitengo Camp in moist forest that is occasionally inundated during the rainy season. Nests are often located under and in rotten wood on the ground.

This species is a specialized predator of millipedes.

These slow moving ants specialize on collembola found in leaf litter. This species appears to be rather common throughout Gorongosa National Park.