Nests are complex underground constructions. Colonies consist of tens of thousands of workers, with a single queen.

Workers are monomorphic in size. Soldiers are absent in this species. 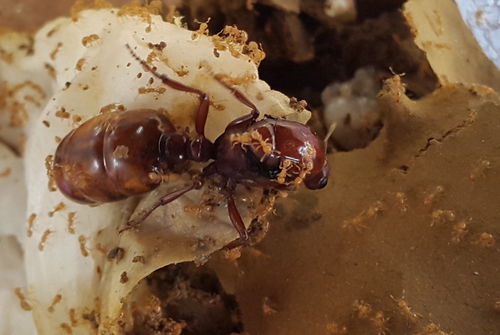