Size and shape characters are quantified and reported as lengths or indices. Measurements are normally recorded in thousandths of a millimetre but reported to the nearest hundredth as a range from minimum to maximum across all measured specimens.

Within ants there are a "core" set of measurements and indices that are used across most groups. In addition there are specialised measures for structures and features that are only found in certain taxonomic groups. These are listed separately below.

The following measurements were used by Jack Longino as part of his work on Crematogaster. 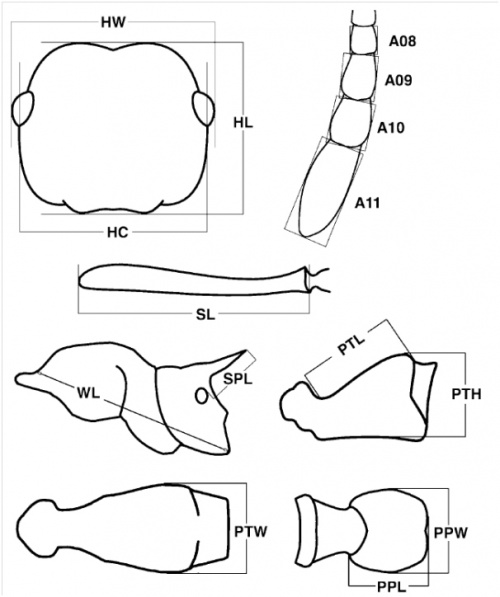 Measurements used by Boudinot & Fisher (2013[1]) as part of a revision of Meranoplus. 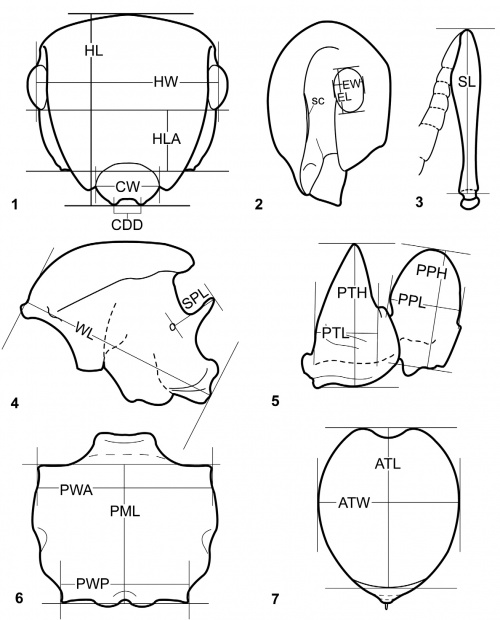 Measurements used by Branstetter (2013[2]) in his study of Stenamma species. 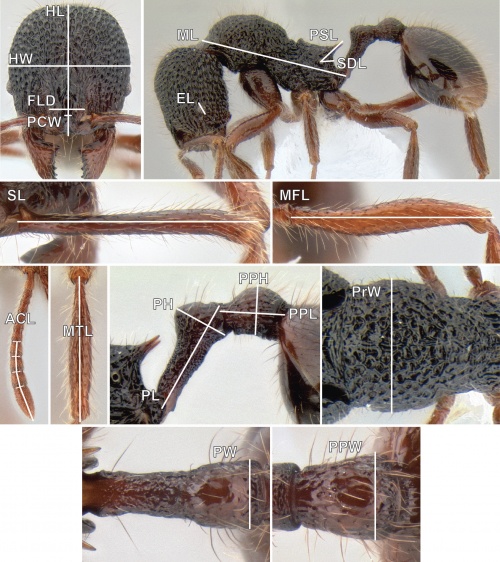