The colony was found in an agricultural field created by clear-cutting and burning. (Wilson 2003)

DIAGNOSIS A distinctive member of the pilifera group recognizable by the following combination of traits.

Major: reddish yellow, medium-sized; with dense, very long, erect to suberect pilosity on the dorsal surface of the body; prominent, broad semicircular notch in anterior clypeal border; relatively long, thin propodeal spines, faintly bilobed pronotal profile in dorsal-oblique view; carinulae confined on head to the anterior third, and elsewhere to the anterior half of the pronotal dorsum; rest of body smooth and shiny. 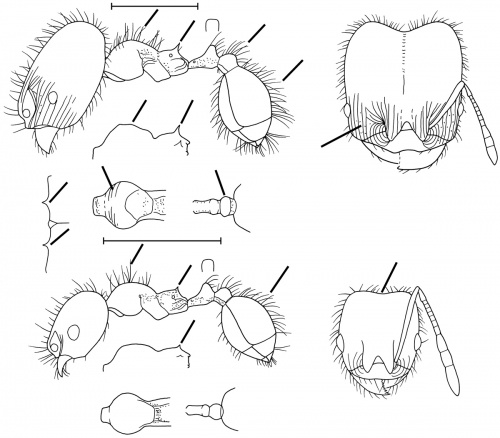 L agricola, field-dweller, referring to the collection site of the type series.