A nest was found by Longino (1997). beneath the bark of a rotten stump in mature wet forest.

From Wilson (2003): A large brown member of the fallax group immediately recognizable in the major by the extremely long propodeal spines; by the completely carinulate center of the head and frontal lobes, which is flanked by a rugoreticulum on either side in full-face view; and by the striate first gastral tergite.

Similar to Pheidole fiorii, Pheidole hector, Pheidole jaculifera and Pheidole lourothi, differing in many details of body form, sculpturing, and pilosity, as depicted.

Minor: body and most appendages medium to light brown, except for yellowish brown tarsi. 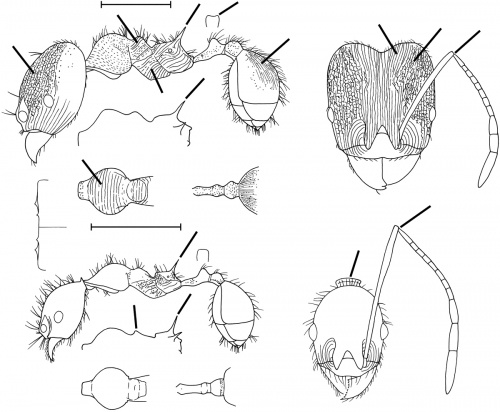