The type series was collected in lowland rainforest. (Wilson 2003)

A unique yellow member of the diligens group similar to Pheidole plebecula and Pheidole radoszkowskii, but distinguished from these and other species of the group as follows.

Major: with sparse pilosity on the mesosomal dorsum, including a pair of clavate hairs on the pronotum; pilosity on gastric tergites consisting of a carpet of short suberect pubescence in addition to longer erect to suberect hairs; no hairs on profile of head in full face except clypeus; mesosomal convexity very large, and subtriangular in side view; rugoreticula present between eyes and antennal fossae, and on anterior half of pronotum.

Minor: all of head, except frontal triangle, and most of mesosoma, foveolate and opaque; propodeal spines long and stout. 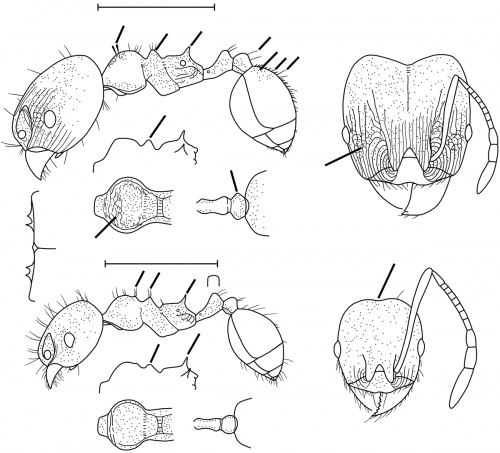