The type material was found in a rotten stick in a lowland rainforest.

Major: distinguished in the diligens group by small size, slender body form, and especially by a smooth and shiny pronotum and weak foveolation and feebly shiny to subopaque intercarinular spaces on the head.

Minor: in particular head foveolate and propodeum dentate, as opposed to head smooth and shining and propodeum rounded in cataractae.

Close to Pheidole cataractae, with differences in the propodeal spine and cephalic sculpturing as illustrated. 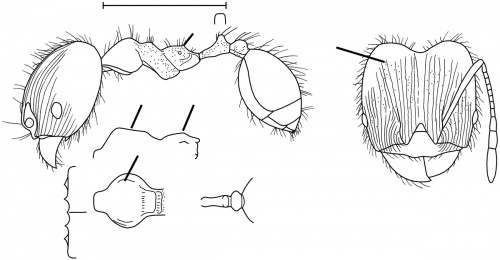 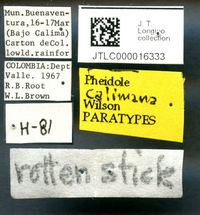 Named after the geographical origin of the type colony.