Colonies of daphne are arboricolous, and as such have been collected by insecticidal fogging and Malaise trapping in lowland rainforest (Longino 1997).

A medium-sized, distinctively bicolorous member of the flavens group, similar to the widespread species Pheidole bilimeki, differing in the major by the laterally angulate (as opposed to spinose) postpetiolar node, limited shagreening on the first gastral tergite, and color (see below); and in the minor by the completely smooth and shiny first gastral tergite. 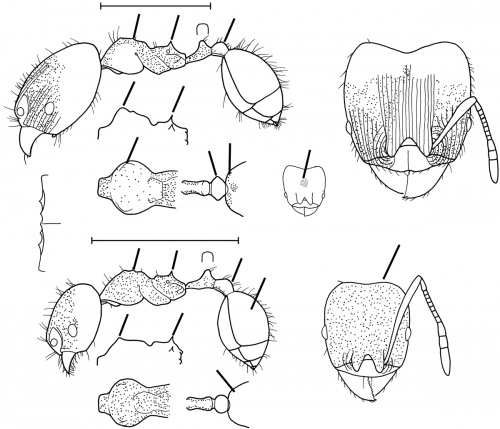 Named after Daphne, the nymph in classical mythology who was changed into a laurel tree (reference to the arboricolous habits of the species).