This species is only known from type specimens. They were collected in a clearing created by a tree fall in second-growth forest. (Wilson 2003)

A medium-sized bicolorous (major) or light brown (minor) species with extremely long pilosity in both castes; narrow occiput with following collar in the minor; high, subangular humerus in dorsal-oblique view in the major; and mostly smooth shiny head and pronotum in both castes. The propodeal spiracle of the minor is unusual in its elliptical shape and position on the propodeum.

Most similar to Pheidole erratilis, Pheidole flavifrons and Pheidole petersoni, but differing in many details of body shape, sculpturing, pilosity, as illustrated, and in color. 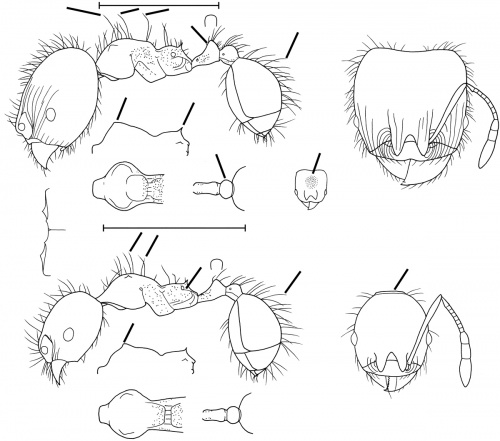 Named after the country of the type locality.