The type colony was found nesting in a very small dead stick at the edge of a forest stream; the nest contained a seed cache. (Wilson 2003)

Major: antennallobes project forward and downward as prominent lobes, in side view; shallow antennal scrobes present, each with a small patch of rugoreticulum behind it; almost all of the remaining surface of the head, up to and including the occiput, carinulate; humeri in dorsal-oblique view very prominent, lobose, and 2X higher than mesonotal convexity relative to the metanotal groove; comers of humeri rugoreticulate; postpetiole from above elliptical. 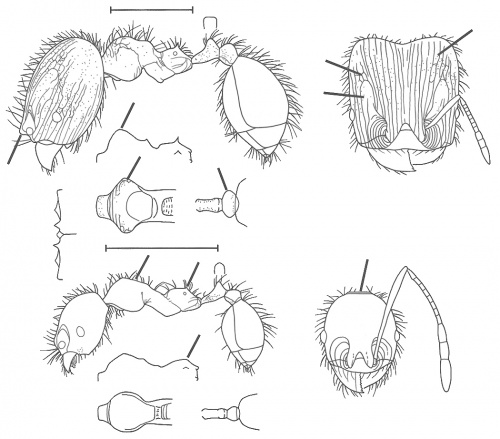