The type colony was collected in cerrado, or tropical savanna. A seed cache was found in the nest. (Wilson 2003)

From Wilson (2003): Known only from the type locality and from Manaus, Amazonas, Brazil, col J. C. Trager.

A large member of the fallax group most similar to Pheidole obscurithorax of Argentina (and exotic in the southern U. S.), and somewhat less so to the Pheidole fallax, Pheidole jelskii and Pheidole puttemansi, differing as follows. 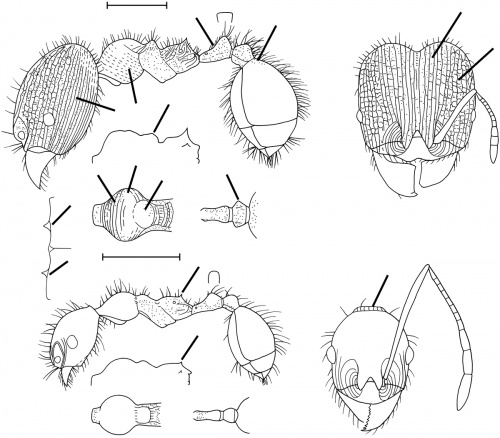