The type colony was found in a lowland swamp forest. (Wilson 2003)

A member of the diligens group similar in various characters to Pheidole blumenauensis, Pheidole rochai and Pheidole vafra, differing as follows. 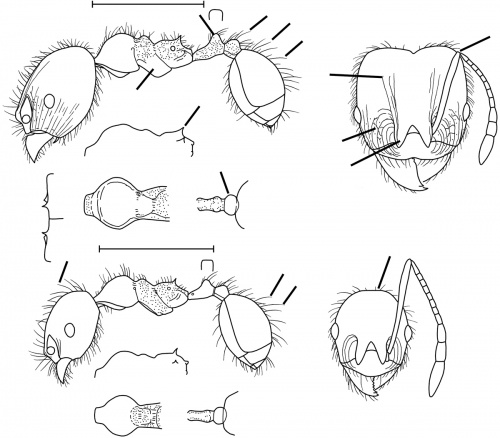 Named in honor of Noel Perry and family, in recognition of their outstanding contribution in service and support to tropical conservation, hence the habitats in which the Pheidole ants will continue to exist.