In Costa Rica, according to Longino (1997), tennantae (referred to by the Wilson ms. name campanae) nests in dead wood on the floor of wet forests. (Wilson 2003)

Major: brown, with bicolored head; pilosity dense, with many hairs 1.5–2.0X Eye Length; in dorsal-oblique view, humerus high, descends in continuous nearly flat curve to metanotum; propodeal spines half as long as propodeal basal face preceding them; from above, postpetiolar node oval and very narrow, only about as wide as petiolar node; dorsal surface of head carinulate except for occiput, frontal triangle, and mid-clypeus; occiput smooth with scattered foveae. 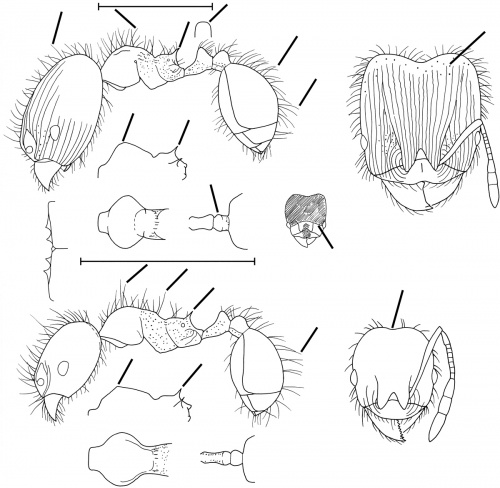 Named after the collector, Leeanne E. Tennant-Alonso, myrmecologist and conservationist.