These ants are common New World ants that are found in arid habitats. Most species are seed harvesters, others feed on a variety of items, especially dead or dying insects. Large quantities of seeds may be stored in their nests. Most species have a large psammophore or beard of coarse hairs on the ventral surface of the head, which are used to carry fine sand during the excavation of the nest. Large mating flights occur in late summer, usually after a rain on the previous day (Mackay, 1981). Some species build large, conspicuous mounds and clear the vegetation from around the nest. Most species in this genus can deliver very painful stings. (Mackay and Mackay 2002)

There is currently one species known from Central America (i.e., as defined beginning south of Mexico; Taber's key to North America species includes Mexican species): Pogonomyrmex guatemaltecus. This ant is presently known from Guatemala, El Salvador and Mexico. There are three validly named species from the Caribbean. All of these species are Hispaniola endemics and all are considered to be in the subgenus Ephebomyrmex (see this key couplet: 11E).

Johnson and Cover (2015) - The seed harvester ant genus Pogonomyrmex is a moderate-sized New World group that currently consists of 68 described species that occur as three disjunct faunal groups, one in North America, one in South America, and one on the Caribbean island of Hispaniola (containing Haiti and Dominican Republic); no species are common to any two areas. North American species of Pogonomyrmex were the focus of a revision by Cole (1968), which set the stage for numerous studies of ecology, biogeography, territoriality, mating behavior, communication, caste determination, and foraging behavior that have greatly facilitated our understanding of ant biology (Anderson et al. 2006; Gadau et al. 2003; Gordon & Kulig 1996; Hölldobler 1976a, 1976b; Johnson 2000, 2001, 2002, 2006; Taber 1998).

The genus Pogonomyrmex is the preeminent group of harvesting ants in North America, where it nearly blankets the arid regions of Mexico and the western United States. As is true of other harvesting ants, the workers of this genus collect seeds for food, "harvesting" the plants in their nesting areas by snipping off the seeds with their mandibles. Husked within the nest and stored in subterranean or mound chambers, these highly nutritious seeds become the paramount food for the society, sustaining the ants even through the winter. Seeds are not their sole food, however, because the ants are scavengers as well as harvesters. Although their victims are chiefly arthropods, the workers may transport a varied array of dead booty to their nests. 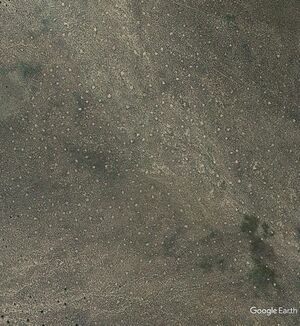 The nests themselves are constructed in the soil, generally in areas fully exposed to the sun. Some are beneath stones, whereas others are surmounted by soil craters or by small to huge mounds with or without coverings of gravel. In addition, the workers of some species alter the area peripheral to the nests by clearing away the plants-felling them, bit by bit, with their powerful mandibles. Such mounds with their surrounding denuded area, characteristic of the western harvester, are familiar sights to travelers in the arid West.

Although the workers of some species of Pogonomyrmex are extremely hostile and will vigorously attack and sting an invader, other species are contrastingly inoffensive and retiring. The effects of a sting can be very painful. Localized swelling and inflammation ensue rapidly. Soon thereafter a throbbing pain, which may last for several hours, extends to the lymph nodes of the inguinal, axillary, or cervical area, depending on the location of the sting. Frequently, the skin around the wound becomes very moist. Multiple stings will produce excruciating pain and may induce systemic disturbances of considerable severity. Victims who are hypersensitive to the ant venom may collapse from anaphylactic shock and be in grave danger if not given prompt medical attention.

Bob Johnson has been studying Pogonomyrmex for many decades. The following provides a summary of some of the more intriguing aspects of Pogonomyrmex biology. These topics have been studied in the past and deserve further examination both to better understand Pogonomyrmex and ants more generally.

The few data available indicate that these four ergatoid and brachypterous queen species are exceptions to these two reproductive syndromes. Haplometrotic foundresses of the ergatoid queen species P. cunicularius and P. pencosensis have been excavated (n = 1 for each species) (Johnson, 2010), and colonies typically produce >100 queens (pers. obs.). Haplometrotic foundresses have also been excavated for ergatoid (n = 1) and brachypterous queens (n = 1) of P. laticeps, and colonies of both queen phenotypes produce >50 queens (Peeters et al., 2012). Brachypterous queens also have been observed to employ independent colony founding in P. mendozanus, in which colonies can also produce approximately 100 queens (pers. obs.). More data are needed to better document nest founding strategies in these and other ergatoid queen species of Pogonomyrmex.

These species clearly provide an opportunity to examine previously unknown tradeoffs in nest founding syndromes. All of these species probably employ queen foraging, which allows queens to adjust brood production to environmental conditions. When food is high in abundance and/or predictable in occurrence, foraging queens can produce more minim workers than fully claustral queens that have fixed energy reserves (Johnson, 2006). A granivorous diet has been proposed as one explanation—many arid and semi-arid habitats, such as those occupied by species of Pogonomyrmex, experience relatively predictable pulses of seed production that result from seasonal rainfall. These seeds can remain dormant in the seed bank for several or more years (Lopez, 2003; Reichman, 1984; Tevis, 1958), and have the additional advantage that they can be stored for extended periods by the ants. However, seed use may not be the only explanation because these four species have different diets and two of them, P. pencosensis and probably P. cunicularius, harvest more insects than seeds (Aranda-Rickert & Fracchia, 2011, 2012).

Worker polymorphism is relatively rare among ants, having evolved approximately 15–20 times in the more than 300 extant ant genera (Bolton, 2014; Brady, Schultz, Fisher, & Ward, 2006; Oster & Wilson, 1978). Despite the relative rarity of this trait, polymorphism has evolved two times within Pogonomyrmex, once in South America (Pogonomyrmex coarctatus) and once in North America (Pogonomyrmex badius), and both species produce supermajors (Cole, 1968; Kusnezov, 1951). Head width for P. badius ranges from 1.27–3.74 mm, while that for P. coarctatus ranges from 1.97–3.99 mm. In addition, the size-frequency distribution is bimodal in P. badius, with nests containing numerous minors and few majors, with intermediate-sized workers being rare. Alternatively, the distribution is continuous in P. coarctatus, with nests containing numerous minors, and abundant medias and majors (Tschinkel, 1998, C. Smith, unpub. data). Majors of the two species also concentrate in different parts of the nest and appear to specialize at different tasks; P. badius majors occur deeper in the nest and rarely forage, leading to the suggestion that these individuals are seed-milling specialists (direct data are meager to support this hypothesis), while those of P. coarctatus concentrate in upper parts of the nest and appear to be foraging specialists (Tschinkel, 1998, C. Smith, unpub. data). These differences suggest that different evolutionary pressures selected for polymorphism in these two species.

The ecological release hypothesis has been suggested to explain the evolution of polymorphism in P. badius and other species of ants (Oster & Wilson, 1978). This hypothesis suggests that polymorphism evolved to expand dietary breadth in species that experience reduced interspecific competition (P. badius is the only large harvester ant in the eastern United States). However, this hypothesis was not supported for P. badius because workers did not display a significant correlation between worker size and seed or prey size harvested (Ferster & Traniello, 1995; Traniello & Beshers, 1991). Neither does the ecological release hypothesis apply to P. coarctatus, which is sympatric with two to four congeners throughout its geographic range (this study). One commonality between P. badius and P. coarctatus is that both species live in mesic, low-elevation habitats where resources appear to be abundant (pers. obs.; C. Smith, pers. comm.). Moreover, factors selecting for the evolution of polymorphism in these two species remain unknown, but mechanisms that determine caste (at least in P. badius) involve an interaction of nutrition, social environment, and genetics (Rheindt, Strehl, & Gadau, 2005; Smith, Anderson, Tillberg, Gadau, & Suarez, 2008).

Queen dimorphic species occur in both North and South America. Little is known about mechanisms that cause queen dimorphism, but a mitochondrial phylogeny and a comparison of microsatellite allele frequencies in the North American species Pogonomyrmex pima inferred that the two queen phenotypes (alate and ergatoid) belong to the same gene pool (Johnson et al., 2007). Ergatoid queens of both P. pima and Pogonomyrmex imberbiculus (another queen dimorphic species) possess all the reproductive structures of alate queens (except for wings), and both phenotypes have a similar reproductive capacity; this same pattern is probable for Pogonomyrmex naegelii, but dissections have not be done.