During independent, claustral colony foundation of ant queens the flight muscles degenerate. The then „empty“ space within the thorax can be filled with a considerable swelling of the esophagus, which may serve as a „thoracic crop“, in addition to the usual crop in the gaster. Hölldobler & Wilson 1990, p.157: „More recently, it has been found that the esophagus of the queen expands into a "thoracic crop" in which the converted tissues are temporarily held in liquid form. In Pharaoh's ant (Monomorium pharaonis), the esophagus diameter widens from 7-10 micrometers to 265 micrometers. The thoracic crop has been demonstrated in five genera of Myrmicinae and Formicinae so far (Petersen-Braun and Buschinger, 1975).“

Here is a couple of microscopic photos and schemes of the thoracic crop in the Pharao's Ant. The photos are of suboptimal quality, but were taken in 1975, and they demonstrate convincingly that this additional "crop" develops with age of the queens, when the flight muscles degenerate. The growing ovaries need space in the gaster, competing with the gastral (ordinary) crop. In case of reduced food supply the thoracic crop may shrink, its space then is filled out by inflated lateral tracheal stems. 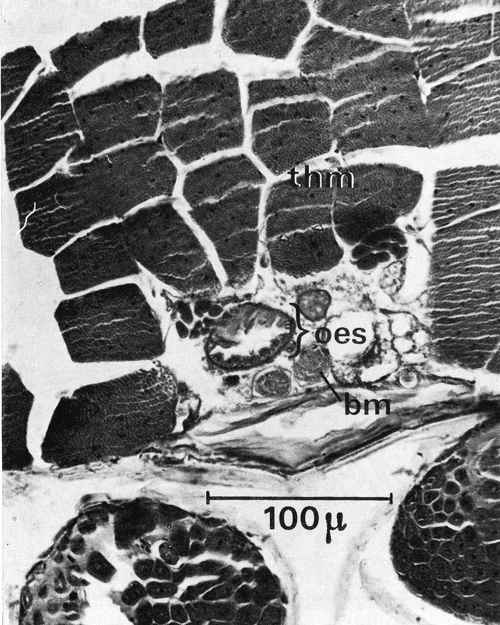 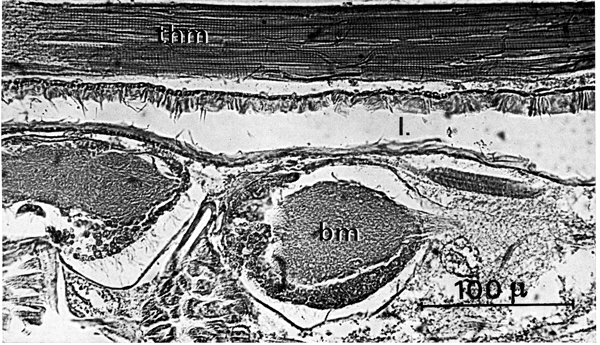 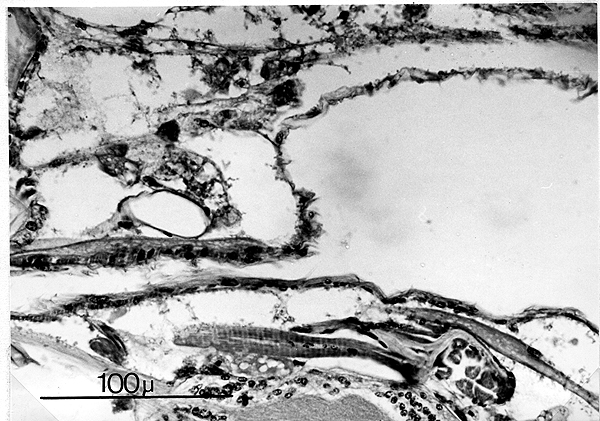 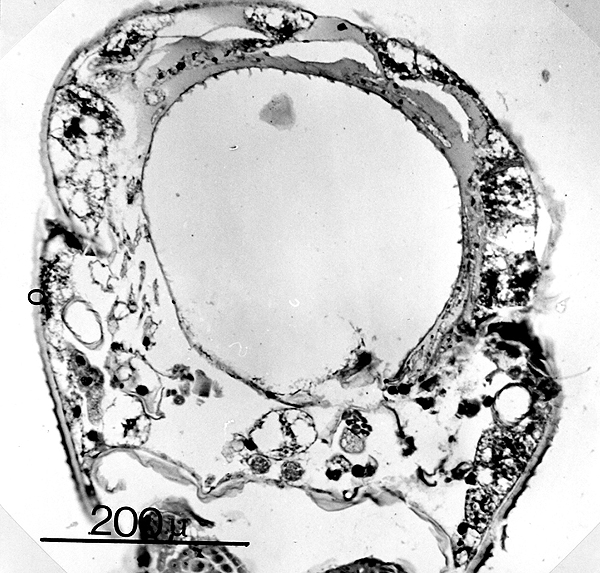 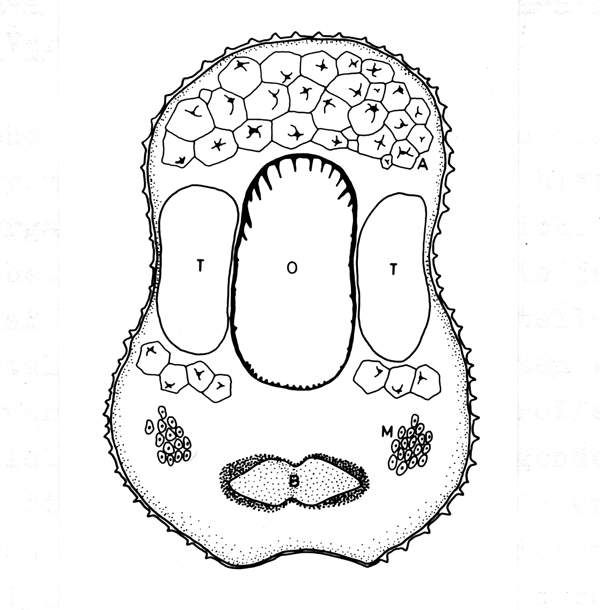 Thoracic crops were also found in other ant species, e.g. in Temnothorax interruptus, and in Lasius niger. Probably this system is common in ant queens with nuptial flights and claustral colony foundation. 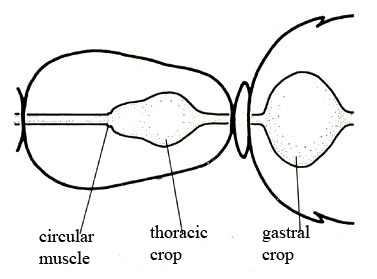 Lasius niger (Linnaeus, 1758: Scheme of thoracic and gastral crop of a fertile queen (from B. Mura, thesis 1973)