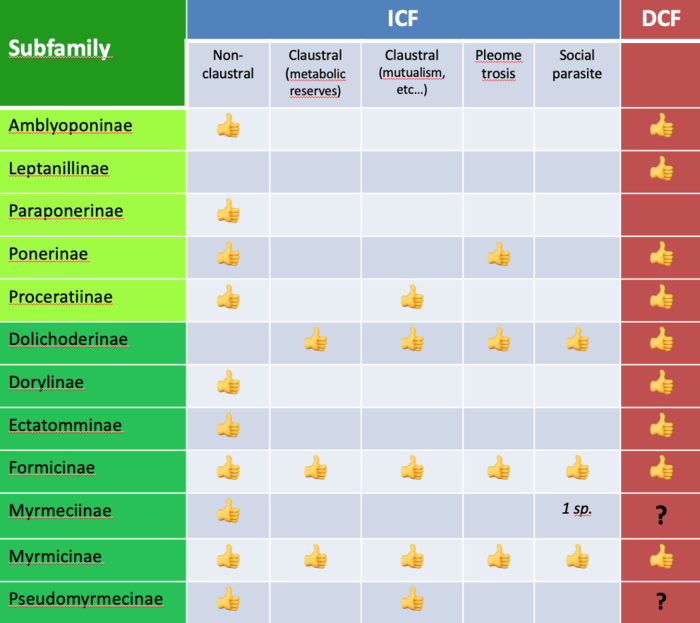 Mating usually precedes colony founding, but these are two distinct events affected by very different selective pressures (Peeters & Molet 2010). ICF queens in some species mate close to their natal colony (“female-calling”) before dispersing, while in other species they mate far away (“male-aggregation”). Female-calling is associated with lower mortality since flight means increased risks of predation or getting lost. DCF queens mate near their natal colony, or even inside it Ophthalmopone berthoudi. Female-calling is typical of poneroid ants but it is also found in various formicoids, e.g. desert-dwelling Cataglyphis. The evolutionary loss of flying queens is characteristic of female-calling species. In some DCF species where queens retain flying ability, these also show female-calling since they will re-enter the natal nest once mated (this is incompatible with mating in far away male-aggregations).