See the identification section for the genus and the description below. 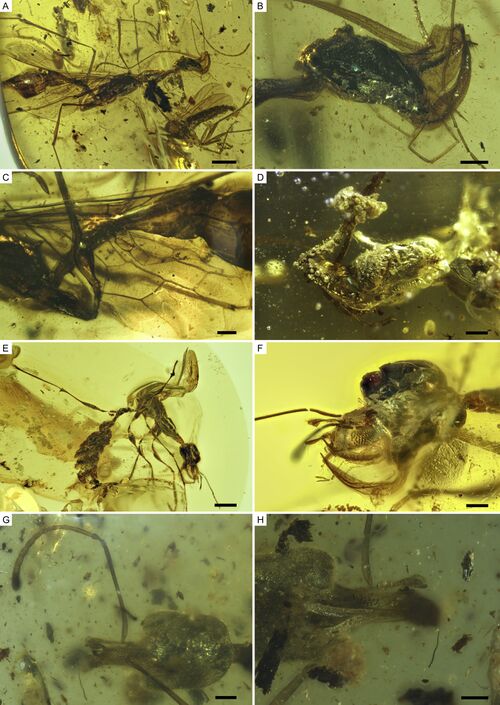 HA06. Alate gyne. A complete specimen exposed in profile views, with distinct distortion of the dorsum of head and promesonotum, with numerous bubbles or debris covering parts of head, wings and petiole. In a quadrangular piece of clear yellow amber measuring 11 x 5 x 4 mm, with a beetle (Coleoptera) and a midge (Diptera). HA, Huangyiren Amber Museum, Taiwan.

TJ41-020. Alate gyne. A nearly complete specimen exposed in profile views, with numerous bubbles contacting the body, and with partial wings detached and floating in the amber matrix close to the specimen. In a rounded piece of amber slightly obscured by a suspension of microscopic particles (‘dust’). Private collection of Tyler Janowitz

As for the genus, by monotypy.

The specific epithet is a patronym honoring Mr. Huang Yiren who provided four specimens for this study.