The type material was collected in a subalpine moist evergreen broadleaf forest.

Close to Ponera baka, but in dorsal view petiolar node roughly triangular, as broad as long, in profile view subpetiolar process without tooth on posteroventral border. 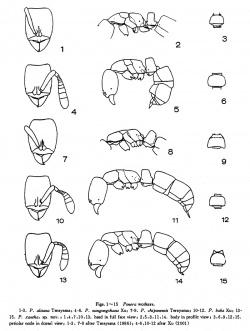